Well, the next big server & client update are set for the upcoming Thursday. Expectations are high since we saw many different additions or information rising.

Let’s get into some stuff… 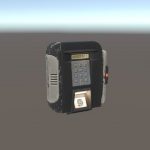 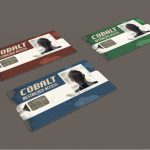 No more simple climbing the Launch Site to get some high tier loot, possibilities are there you need to ‘puzzle’ your way up there. Exact details are still to be determined, but it may look like you need some keys or a code to open doors before you can go up. More on this later.

Boats
Sail away! There are already possibilities to make your way into the water with a raft, but Rust will add boats officially into the game. Boats actually run on fuel, have storage space, and spawn near lighthouses, beaches, and rivers. They cannot be crafted. They also disappear if left outside for over an hour.

Together with boats, changes to how water behaves have also been modified. Bullets impact water and (dead) bodies interact with it, making boat trips even more realistic.

Hapis
Hapis Map was given some love the previous weeks. New monuments have been added (even one or two we don’t know) and overall performance improvements are noticeable. There are new caves and tunnels, new monument outpost B has been added featuring some barrels and wooden crates. Also radiation has been added to the tunnels at Site B.

Chinook heli
Helk has continued his work on the Chinook 47 event. As mentioned before, this will be a periodic server event where a transport helicopter delivers a locked crate similar to an airdrop to a specific radtown. Players will have to capture and hold this area for a period of time to gain access to the loot.

Today, he added the ability to pilot this new helicopter. Now before your head explodes, no, it is not expected to have players actually fly the Chinook when it’s in game. Scientist NPC’s will be piloting, but the functionality needed to be added regardless, so Helk gave the ability to players too. This will not only help with testing over the next couple weeks, it will open up some awesome new possibilities in the modding realm.

Roofs
Not being sure if it was a real exploit, but it could be used as one. Vincent is making some changes to roof building blocks, potentially in an attempt to stop a roof exploit currently in play. Working on a ‘roof building blocks’ branch, he’s so far extracted triangle walls from roof building blocks. Given this is still in process on a separate branch, there is no word yet as to how this will shift building dynamics. 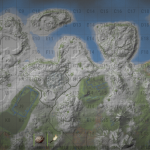 The in-game map has been given some love. It will be much easier for you to find yourself, since you can push a button and you will be in focus.

Not knowing if they will make it into the game this week, we see some changes to NPC’s. Bradley will be mountable, making it possible for NPC’s to control it. Also, expect to see scientists much more around the map after the update next week, as they now spawn around junk piles.

A fuckup with the garage door has been fixed: it had a gap which allowed traps to be triggered without it actually saw the opponent.