Rust’s gameplay has changed. And will be changed, since it’s still in a Alpha release phase. Devs are in the process of leaving Alpha, but that won’t happen untill many of the fixes or features on the roadmap have been implemented.

Back in the days, Rust was all about surviving. Well, it still is, but many people shifted it to a PvP (Person vs Person) only game. That was never the intention. To shift it back a bit, but still have the PvP-ing (because that IS what surviving also is), devs had to make some welcome changes the last few months.

Earlier we already saw blueprints in-game, then came the XP leveling and a little bit later we saw components in-game. Now, some time ago, blueprints were added back in, together with the components. But what does this mean?

First of all, you were able to craft an AK within a couple of hours. And on modded servers even within 15 minutes and take-over the whole server in a day, resulting in a server new players would never play on. To make it a bit more complicated to get into PvP-ing in short time, there are a few things more to do now. First, you would just find some wood, stone, sulfur and some animal fat to create a furnace. Once you had that, it was just a matter of time before you could get an AK. Now, you need to look for an AK yourself. In boxes, crates, barrels, mostly at radtowns. This is making it a bit more difficult, but more enjoying to play for a longer time.

Crafting
You still need to craft. No changes there. But now you need to have a couple of things: you need to have the blueprints for an item you want to craft (except the basic items in your crafting menu), you need the components or resources for that item and you need a work bench for most of the better items.

Blueprints
In order to get blueprints for an item, you can do a couple of things: the first one is good old PvP-ing or raiding. Try to raid a beginner that could have the item. Or search for the items in loot crates throughout the world (every item is slotted into difficulty, so the tier 3 items may be only found in radtowns and are rare) or look for the blueprints in loot crates. Or just trade them with people on the same server.

Now you have the item, put it in a research table (which you can already craft with 200 metal frags and 75 scrap) and and create a blueprint out of it. For every item to research, you need a certain amount of scrap, which can be found in most of the loot boxes, crates and barrels on our servers. You can immediately learn that blueprint, just by clicking on ‘Learn Blueprint’ when you opened your inventory and selected the blueprint. Now you are ready to craft… almost.

Good to know: blueprints are saved on the server, but you can’t take them with you on another one. 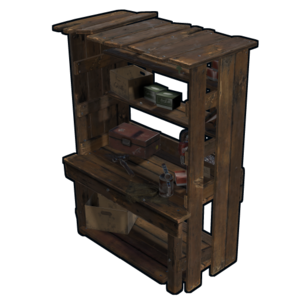 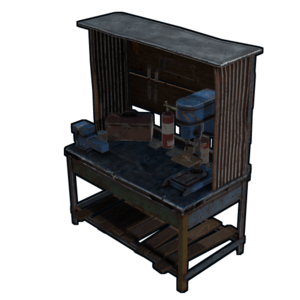 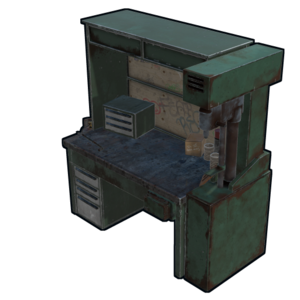 Research Table
Like the workbenches, you don’t need blueprints to craft a research table. You need one to create blueprints out of items. You could also use the research tables in radtowns, but the possibility of being shot and looted is higher than researching in your good old safe base.
To research an item, you need scrap. Example: to research a simple hatchet, you just need 75 scap. For a bolt action rifle you need 750 scrap. And then you just have the blueprint. Now you have to have the components and resources to craft the bolt and be in the vicinity of a level 3 workbench.

Do you still have questions about this new system? Hook us up on Discord. And keep in mind, the above mentioned amounts or settings may vary from time to time or from server to server.