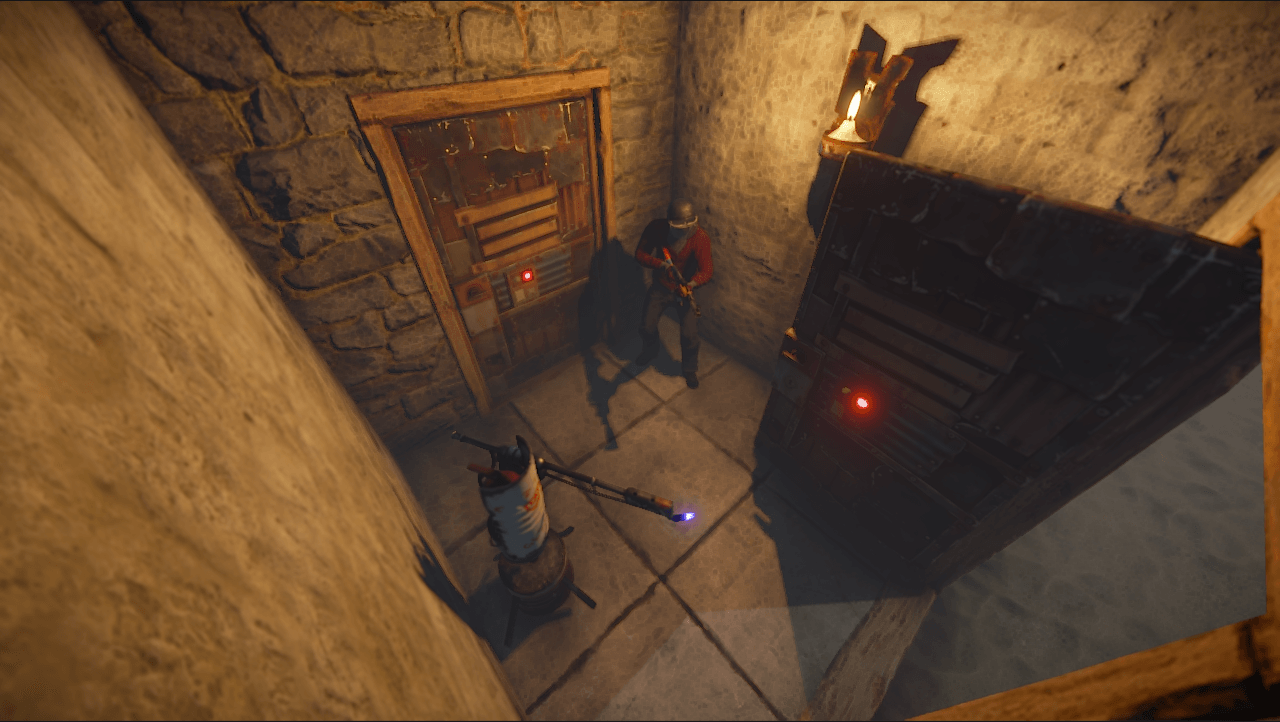 Early update this week again! A little more changes than we predicted before. Shotgun traps are in, flame turrets can be placed closer to walls ánd floor grills can be placed on top of large furnaces.


Flame Turrets
Flame Turrets were pretty difficult to place in an airlock, so devs changed the way it’s placed on a foundation. They can be placed much closer to walls than before.

Shotgun Traps
Nice! This shotgun trap detects motion in front of it, and when it does it starts blasting homemade shells every second until it runs dry. You can place them on walls, ceilings, floors, etc. Pretty curious when and how this is going to be used.

What else?
– Window bars and embrasures will lose half of their health when they are picked up since last weeks update. They need to be repaired after you place them back.
– Floor spikes are changed so they now block foundation placement the same way barricades do.
– Various optimizations have been made